History of the subtitle and captions editor 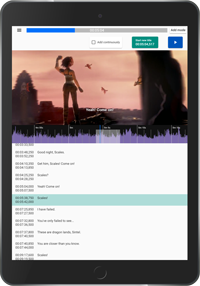 subtitle PONY is a captions editor optimized for mobile devices. Subtitles can be created easily and fast via text input or the voice-to-text engine of a smart phone or tablet. Next to basic functionalities like creating subtitles and editing subtitles, the subtitle editor can be adjusted to individual workflows, has a waveform representation and useful features like undo/redo, an add subtitles continuously - option and a review control. 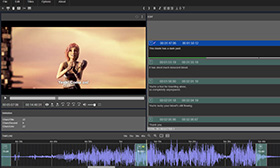 With technology further advancing and offering more possibilities a new version of subtitle horse was developed. In December 2019 the captions editor SHIRE was published containing established and a large variety of new features. subtitle horse SHIRE was developed in close contact with companies and persons having used the previous version(s). New versions of SHIRE are being published regularly. The version history is being regularly updated. 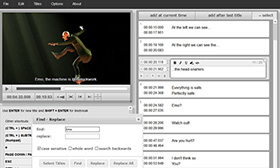 As javascript became more and more important for modern web applications, a new version of subtitle horse captions editor was built. For reasons of consistency and data protection the version contained an optional flash video player. Existing features were further developed and extended. 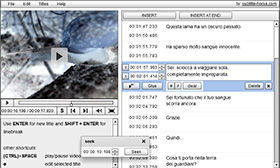 As more and more companies were interested in using the editor, a second version of subtitle horse was developed. It built on the experience from users of the former version and contained a large number of additional features. This version was employed by several international broadcasting companies. The on-premise version is currently still in daily use (as of 2019). 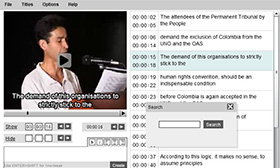 The first version of subtitle horse was programmed in 2007 for an international video project. The editor contained basic functions such as importing, exporting and translating captions. It supported shortcuts and the possibility to send captions data to a server.